New technologies are changing how people get around. In cities around the world, cars, bikes, scooters, and even pogo sticks can be only a few taps on a smartphone screen away.  Of all these modes, Transportation Network Companies (TNCs) like Uber, Lyft, and Via are the most prominent. Here in Chicago, the number of active TNC drivers has grown from 15,000 in March 2015 to nearly 68,000 in 2019. In March 2019, over 10 million TNC trips took place in Chicago, with pickups and drop-offs in every neighborhood. For sense of scale, the CTA had about 35 million riders in December 2018, the latest month for which data is available. 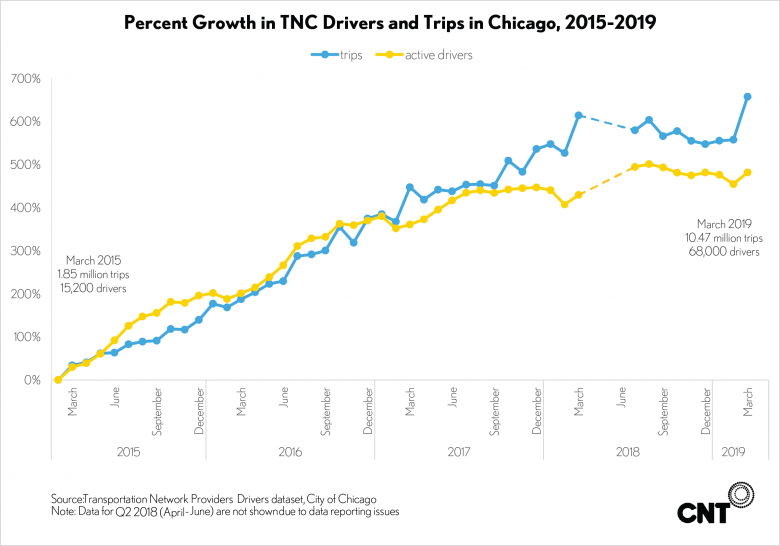 Cities around the country and around the world are scrambling to understand the many ways TNCs are affecting daily life for residents. There has been lots of speculation, both cautious and hopeful, about the impact TNCs are having on congestion, transit ridership, vehicle ownership, parking demand, carbon emissions, and accessibility. Cities and research institutions are collecting and analyzing data that can help shed more light on these questions.

But one potential impact of TNCs that has not been as thoroughly researched is the effect of TNCs on affordability. CNT has long been a leader in analyzing and communicating the relationship between housing and transportation costs, through analytical tools like the H+T Affordability Index and eTOD Social Impact Calculator. Housing and transportation costs are often the two largest expenses for households, and high housing costs in areas with good public transit connectivity can push low-income households to live in areas with less frequent or reliable public transit. Some research indicates that low-income households often take on the burden of car ownership out of necessity, and that car access can be a pathway out of poverty. However, low income drivers are also vulnerable to unexpected expenses, including traffic tickets and vehicle repair costs, that can be the difference between housing stability and eviction. For housing developers, the cost of building parking, which can be as high as $37,500 per space, can drive increased housing prices, constrain affordable housing development, and inefficiently use land. 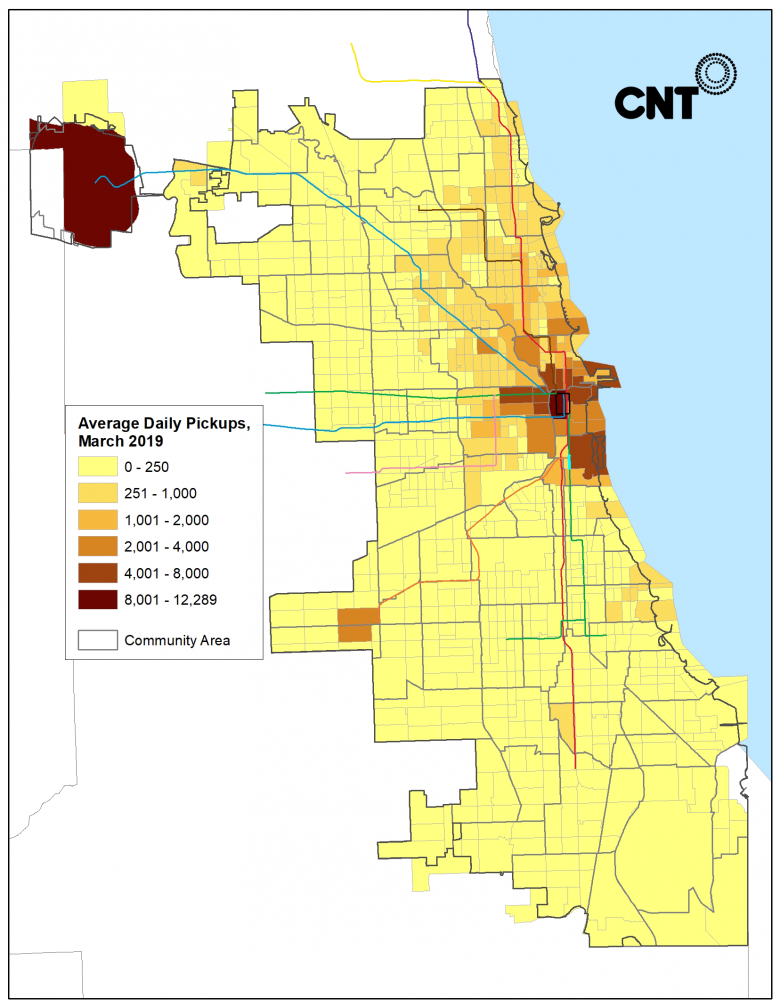 The relationship between TNCs and affordability was the subject of a March eTOD webinar hosted by CNT. In the coming weeks, CNT will be publishing a series of blog posts diving into the relationship between TNCs and affordability, using newly released data from the city of Chicago and existing research to highlight areas for future analysis, experimentation, and strategy development.