Advocate for Action in Your Community

To ensure that communities stay RainReady for generations, we need smart policies at all levels of government.

We have three pillars to our advocacy work: 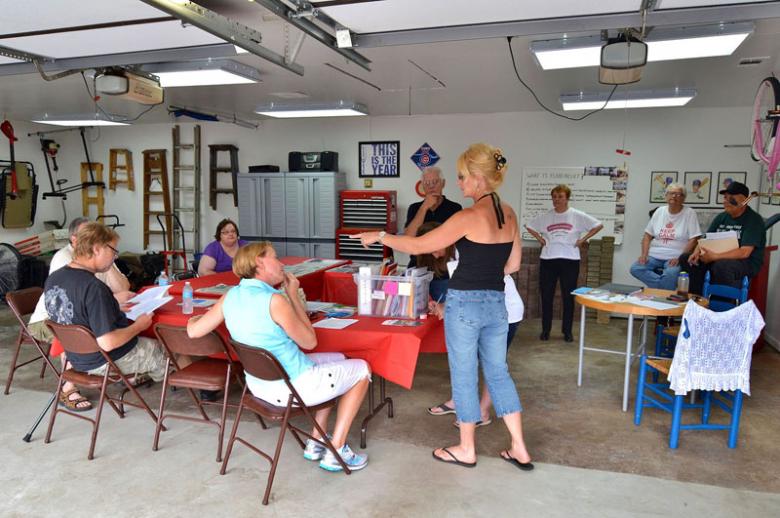 Your homes, businesses, and public buildings are inextricably linked by common watersheds—the area of land where rain, snow, and other water drains into rivers or streams. Changes made in one property affect the others. As urban development expands upstream, property owners downstream can discover that their homes and basements have unintentionally become the neighborhood’s storage basin or that their drinking water is being depleted.

You can tackle these problems through community organizing. The first step is to form a Resident Action Group -- download this handy guide (PDF). Resident Action Groups address local water issues by holding meetings, documenting and vocalizing specific issues, discussing causes and solutions, and engaging with government and nonprofit entities. 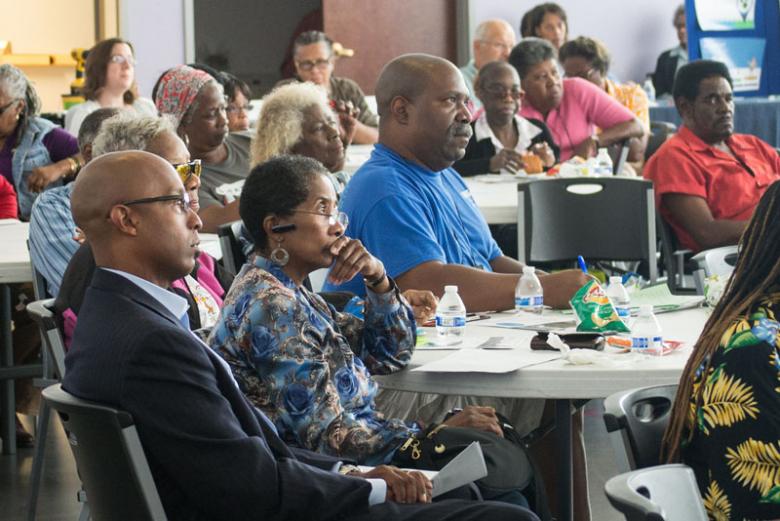 Interested in getting a Resident Action Group started? We would love to hear from you as we expand our state and national advocacy work. We welcome photos, stories, and social media links documenting flooding and drought as it affects your community.

IMPORTANT - If your home and community is suffering from the impacts of urban flooding or drought, you can help us advocate for you. We are seeking to establish partnerships with residents and victim groups in five or more cities across the U.S. to raise awareness of flood risks and the benefits of RainReady solutions. 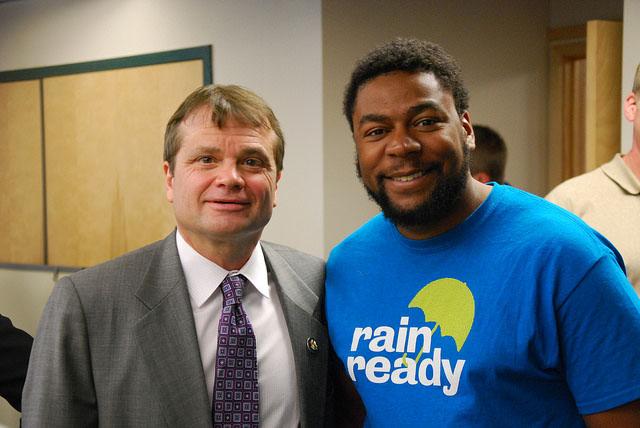 We played a critical role in the introduction of Illinois’ 2014 Urban Flooding Awareness Act, sponsored by Sen. Heather Steans and Rep. Kelly Cassidy. Research mandated by the act revealed that more than 92 percent of Illinois flood victims live outside of any designated floodplains, dispelling the myth that flooding is primarily the result of rivers and streams overflowing their banks.

The federal version of the Urban Flooding Awareness Act, HR 5521, sponsored by U.S. Senator Dick Durbin (D-IL) and U.S. Representative Mike Quigley (IL-05), directs FEMA to conduct a study of urban flooding and flood damage under a provision included in the Fiscal Year 2016 Omnibus Appropriations Act. The study will look at the prevalence, causes and costs of urban flooding, and identify the most effective and economic solutions. CNT is proud to have played a pivotal role in this legislation. 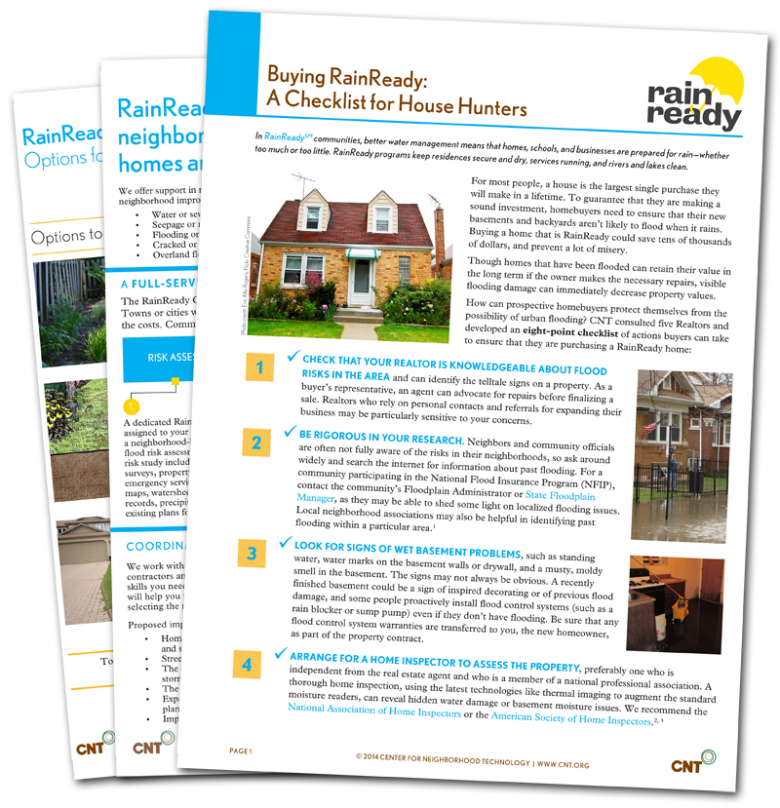 Our factsheets provide information to help you become RainReady.