In 2013, we helped Memphis Mayor A C Wharton craft his Blueprint for Prosperity – a bold plan to reduce poverty in Memphis by 10% in 10 years. Part of the plan included helping the city capitalize on its freight assets to spark economic growth. 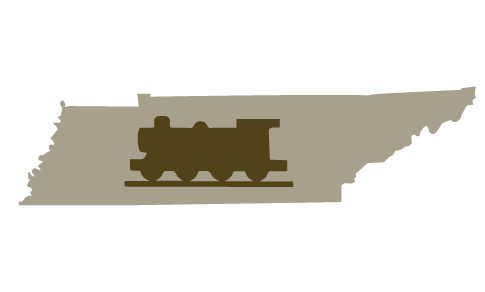 Memphis is a city of contrasting problems and opportunities. While the city struggles with an unemployment rate of 11% and more than a quarter of residents live in poverty, Memphis also boasts an expanding, nationally significant industrial sector, driven by freight transportation.

Widely known as the home and central depot of FedEx, Memphis is also one of the few gateways where the eastern, western, and northern segments of North America’s Class I railroad system converge. The five intermodal freight terminals of metropolitan Memphis shift more than a million truck-size cargo containers annually, and their volume is rapidly growing to two million; only Chicago plays a larger role as an inland intermodal port.

Industrial parks are growing up around three of the region’s intermodal terminals, creating thousands of jobs, and a recently renovated terminal of the BNSF Railroad sets the current national standard for a highly efficient and environmentally friendly freight terminal in an urban community. However, two terminals stimulating new growth sit in outlying areas, without public transit access for the unemployed workers of the central city. BNSF’s terminal serves some of Memphis’ premier companies, but in much of its surrounding industrial district land fragmentation, deteriorated buildings, and brownfields discourage redevelopment. This is a situation that cries out for Cargo-Oriented Development!

In 2013, we helped Memphis Mayor A C Wharton craft his Blueprint for Prosperity – a bold plan to reduce poverty in Memphis by 10% in 10 years. Our contributions to the Blueprint include recommendations to connect the city’s unemployed to job centers through more robust public transit and to build more consistently on the city’s assets. COD is one focus of this strategy, land use strategies that take advantage of Memphis’s freight, logistics, and manufacturing assets can help the city capture the economic value of regional growth. We are conducting a targeted study that will provide the cornerstone for Memphis’s COD action plan.